The ultimate vacation for someone aspiring to the opulent lifestyle of a king is this eight-day journey across Egypt’s renowned desert. We take you to view the pyramids, which were once the pride of ancient monarchs, and we allow you mingle with the locals in Luxor and Cairo. You flew into Cairo at night and will depart on the Radamis cruise ship, which will take you via a picturesque path to the Mediterranean Sea and back to Cairo. Included are the basic lodging options including motels, food, and local transportation in this  Egypt Tour Package

You will be met by our agent at the Cairo airport upon arrival, and you will then be driven to the hotel of your choice. Register at the hotel when you arrive. By nightfall, you'll be ready for a long day of touring and will retire. Cairo overnight. (Dinner)

Hotel breakfast service From Alexandria's ancient Egyptian beginnings to the Classical and Roman eras and beyond, we will spend the entire day learning about this city's rich history. Parts of a mosaic floor still be seen, and a pleasure garden is encircled by Roman villas and baths. You will proceed to the Kom el Shoqafa Catacombs, a necropolis with three floors that was built in the second century AD. The Alexandria Library and the ramparts of the 15th-century Qaitbay Citadel, which was constructed on the remains of the ancient Alexandria Lighthouse, are two more must-see attractions. The Roman triclinium is a banquet hall to honour the deceased. All of the admired statues, reliefs, and pillared lobby's depictions of Egyptian gods are breathtaking Roman-style armour. We'll take you to see the breathtaking "Evening Sound and Light" display that is presented at the Sphinx and the Pyramids of Giza in the evening. You may discover more about ancient Egypt and its important beginnings by watching the Giza Pyramids' Sound and Light display. Egyptian pharaohs appear on stage during the performances to recount their reigns and accomplishments. It is a trip to Egypt that shouldn't be missed. Take a leisurely evening drive back to your Cairo hotel to round off your day of exploration. (Dinner, Lunch, & Breakfast)

Reaching Aswan by air. On your city tour of Aswan, take in the sites of the Philae Temple, the High Dam, and the Egyptian Cotton outlet. Directly south of the Aswan Dam, you will travel till you reach Philae Island and the temples. Your tour guide will go over the process of moving the temple from the previous island. Moving temples around is rather interesting, isn't it? Before getting the boat back and leaving to visit the Unfinished Obelisk and learn everything you need to know about the Ancient Egyptian method of building an obelisk, you have free time to walk and snap some pictures. After that, head over to the Gigantic High Dam to see the Huge Lake that has developed behind the dam, learn about the water management system, and see how the city of Aswan came to be after the High Dam was built. Additionally, you'll go to an Egyptian cotton outlet. Egyptian cotton has maintained its dominance as one of Egypt's most significant competitive advantages during the last three centuries. Egyptian cotton has an established reputation for being the "best" cotton in the world. Its softness, strength, and other excellent qualities have helped to establish Egyptian cotton products as the greatest in the world. Egyptian cotton has a solid reputation for a good reason. The following qualities distinguish Egyptian cotton from other natural fibres and make it "the" finest cotton in the world. We board the Radamis Nile Cruise, which will take us along a beautiful stretch of the Nile River. The first night is then spent on the cruise ship. (Brunch, Lunch, and Dinner).

Visit the temples in Abu Simbel. A number of ancient Egyptian deities, including Ra-Horakhty, Ptah, and Amon, were honoured in the temple. There are two principal temples in the Abu Simble complex: King Ramses II is depicted on his throne by four seated colossi at the entrance of the Grand Temple, which is 35 metres long and 30 metres high. Continue on to Aswan. Reach Kom Ombo by sea. Visit Kom Ombo's city attractions, including as the beautiful Temple of Two Gods. These, especially the odd double temple of Kom Ombo, are significant to the inhabitants of ancient Egypt. overnight voyage (Dinner, Lunch, & Breakfast)

We'll set sail for Edfu. On the sixth day, we arrive in Edfu to see the Temple of Horus. Between Esna and Aswan, on the western bank of the Nile River, is the Egyptian city of Edfu. The village is famous for its large Ptolemaic temple, which was constructed there between 237 BC and 57 BC under Cleopatra VII's rule. The Temple of Horus at Edfu is the best preserved of all the Egyptian temple ruins. Once more, travel to Luxor via Esna Lock to explore the "City of Palaces" in Egypt. We'll step into the temples of Karnak and Luxor, where the remains of royalty were interred. The biggest and most significant religious complex in ancient Egypt is called Karna The Temple of Amun-Ra, the most important and largest religious building ever constructed, is thought to have been where the god dwelt on earth with his wife Mut and son Khonsu, both of whom also had temples there. And one of the most amazing is the Luxor Temple in Thebes. The temple, which was constructed on the east bank of the Nile River in 1392 BCE and honours the gods Mut, Khonsu, and Amun, dates back to that time. Our final night is spent on the cruise ship. (Dinner, Lunch, & Breakfast)

Day 6: Disembarkation From The Cruise And Luxor City Tour

DISEMBARKATION. Get your city rhythm back as we exit the cruise liner and take you on a tour of Luxor after days of time travel through the great temples of warriors and pharaohs. Luxor's architecture is impressive, and you might spend hours roaming the streets and inspecting the old homes for signs of bygone eras. After that, you rest in Luxor for the evening. (Dinner, Lunch, & Breakfast)

You take a flight to Cairo. Register at the hotel when you arrive. Later, we take you on a city tour of Cairo that includes the Great Sphinx and the second-largest pyramid in the world, the Pyramids of Giza. Get inside a pyramid and ride a camel through the pyramids' desert. Before spending our final night in Egypt in Cairo, we'll also visit the Egyptian Museum, which houses the largest collection of Egyptian antiquities in the entire world, as well as the Treasures of King Tutankhamun. (Brunch, Lunch, and Dinner).

After breakfast, we'll pick you up in a car and drive you to the airport, where we'll help you with the necessary formalities till you can board your flight. (Breakfast)
No cost EMI Available

What are the best months to visit egypt?

The best time to travel to Egypt is from late August to April during the seasons of autumn, spring, and winter, when the average temperature is 21 C (70 F), making it perfect for all foreign visitors who want to take in the best of Egypt while travelling in a calm environment.

Can you touch the pyramids?

Yes, everyone is allowed to touch the pyramids, but only very gently so as not to harm them in any way, as they are still a very significant archaeological work of art.

Can you go inside the sphinx

No, you cannot enter the sphinx because it is empty; however, you may enter the pyramids.

What happens if you climb pyramids?

Since it is forbidden to climb the Egyptian pyramids, anyone caught doing so will be arrested, sentenced to up to three years in prison, and fined heavily.

Who broke the sphinx nose?

The identities of those who shattered the Sphinx's nose is the subject of numerous speculations. Some people think it was destroyed in the seventh century during the Arab invasion, in the fourteenth century, or in 1798 AD by the Mamluks, British soldiers, or Napoleon's troops.

Is there anything in the sphinx?

Researchers from Boston, Florida State University, and Waseda University in Japan were able to confirm the rumours of undiscovered chambers and tunnels between the sphinxes by using a seismograph to detect some voids and anomalies 25 feet beneath the sphinx's paws and sides.

What is the best time of the year for nile cruise?

For all foreign visitors who aren't used to Upper Egypt's hot climate, the best time to take a Nile cruise is from August to April, when the weather is ideal, especially between Luxor and Aswan.

which is the best nile cruise ship?

The most incredible journey of a lifetime A corporate representative will greet you at the airport, see you through the formalities, and then drive you to your hotel. I had a wonderful weekend in Cairo and was toured around the Giza and Saqqara pyramids by the extremely knowledgeable Yasser. followed by a transfer to Hurghada. The hotel Continental is fantastic. We travelled to Luxor from Hurghada before taking a Nile boat to Aswan. Mohamed Shaaban, our new tour guide, was superb — he was informed, effective, and incredibly polite. Always on the lookout without being intrusive. He transformed ordinary days into extraordinary ones by always being willing to go above and beyond. I can't wait to go back to Cairo from here for more history!

We went on a 7-day trip across Egypt Overall, the itinerary was well-planned—just the right level of tours per day, with a couple of rest days in the middle to ensure that we didn’t burn out. They also allowed us enough flexibility to add side trips (e.g. excursion to Abu Simbel, Hot Air Balloon ride in Luxor). The guides went above and beyond, making sure that we were always well hydrated and well informed (e.g. giving us tips on when and when not to buy souvenirs, tickets, etc.). We will definitely recommend!

It was a fantastic encounter! You will have the best experience in Egypt with this agency. They won't accept anything less. They will set everything up for you in accordance with your requirements. Egypt is also the greatest destination if you like older men because it is awash with history, but at times it may be overpowering. Lol! But all humour aside, you may learn a lot from their way of life. The best illustration of learning while travelling is this. Mohammad, our tour guide, deserves praise; he is a true expert in ancient Egypt. He keeps us feeling secure the entire tour.wishing to visit Egypt's other side in the future. Well done, Mohammad and Refresh Holidays! 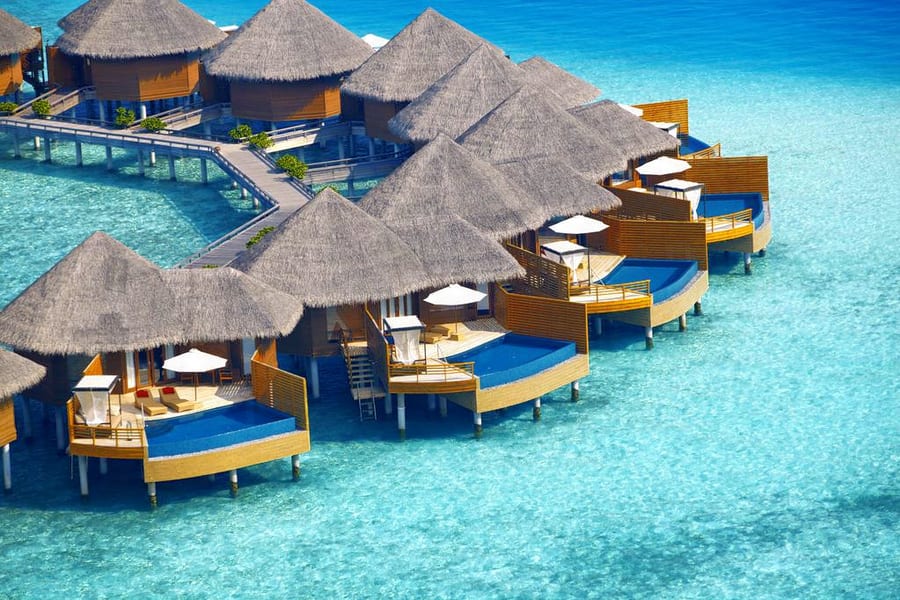 Refresh Holidays Is most Adorable Tour Operator in Mumbai since 2010

Thank you for submitting the form